Season 6 of the Star Mazda Australian Championships (aka SMAC6) kicked off this week, with race 1 being held at Monza. I was super excited and felt really confident after posting the 3rd best time in practice. I qualified 5th and got an ok start. 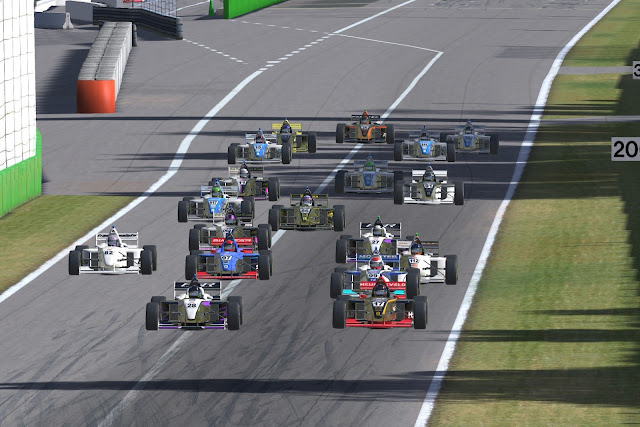 I'm the 3rd car back in the train of cars on the right hand side of the screenshot. I was a little annoyed when the white car on the left of the screenshot made it 3 wide into the first chicane. But we all made it through and I was happy cruising along in 6th. 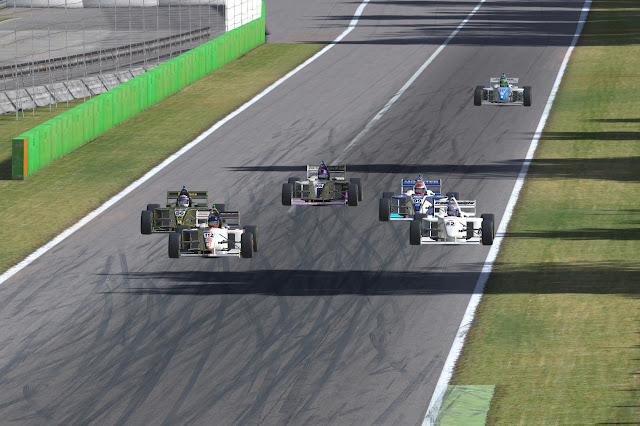 The front three guys skipped away as the drivers I was running with all decided that they needed to fight for positions right from the opening laps.... Sigh. 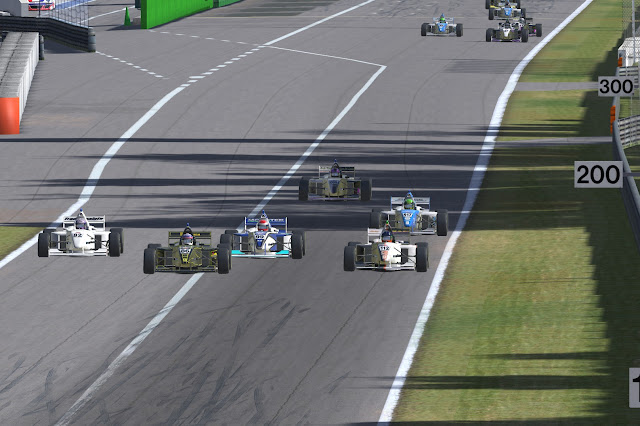 More pointless battling for position slowing us down. I was worried that the group behind us would catch up. 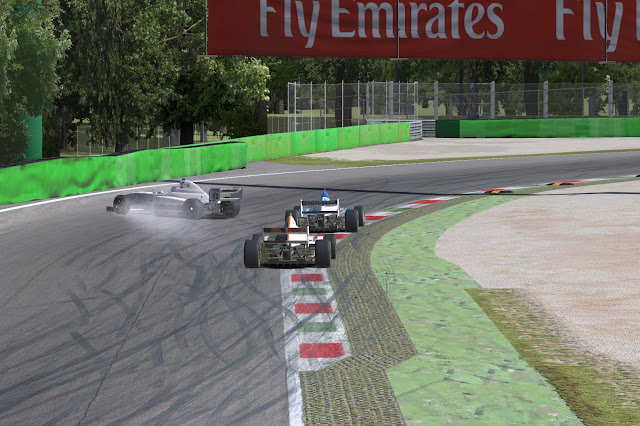 Mr "3 wide into the first chicane" spun out, splitting up the group and letting 3rd skip away. At this stage we were running 4th and 5th and I just sat in the draft and we put in some quick laps and worked on closing the gap to 3rd. 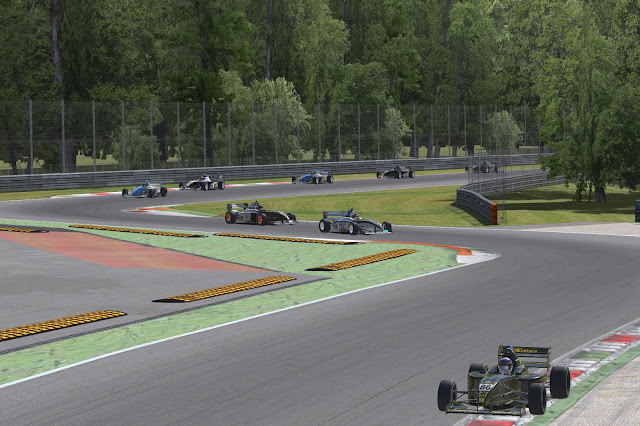 Here you can see the gaps; 3rd up on his own, me in 5th following 4th and not battling in order to let us both gain. Then the gaggle of cars behind who were still fighting and therefore letting us get clear. 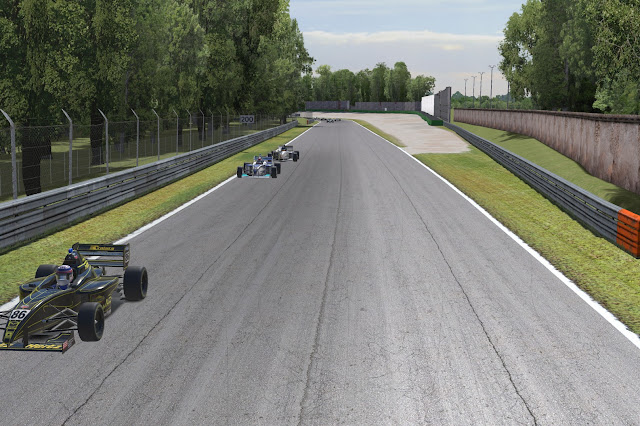 Closer and closer to catching 3rd. 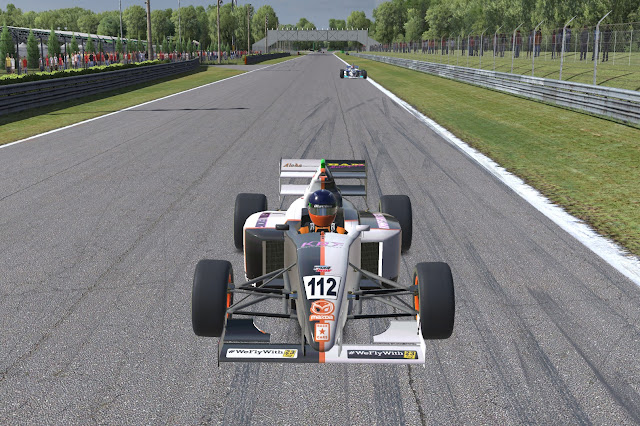 3rd pitted as we caught him and I decided I'd take a shot at a fast couple of laps before I pitted to see if I could get clear. 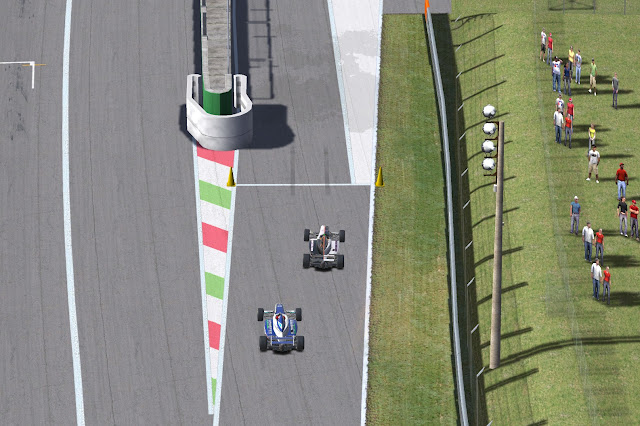 I made a mistake in the final corner and 4th caught me as we entered the pits. He was super aggressive on hitting the pit speed limit line and actually scared me into lifting off the brakes because I thought he was going to run up the back of me. The replay shows he was scared to as he turned to avoid hitting me. Unfortunately this meant I got stung with a 15 second penalty for speeding in pit lane. Bugger. 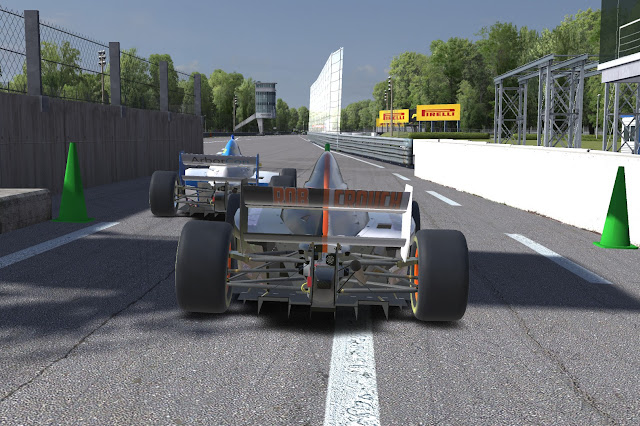 I came back out in 10th and got held up by someone who wanted to battle rather than work together to chase down 6th, 7th and 8th. 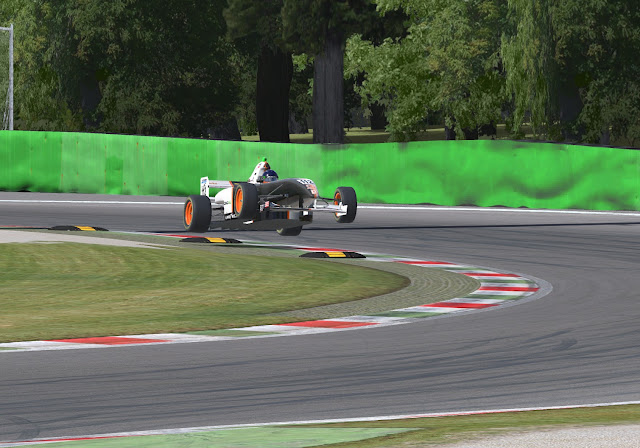 I got clear and due to some contact up the road found myself going to be gifted 7th. 5th and 6th were 6 seconds in front with 6 laps to go and I started pushing very hard to catch them. Too hard, as is shown in the screenshot above - I ran over the sleeping policeman and got popped up in the air, sending me sliding backwards into the tyres. 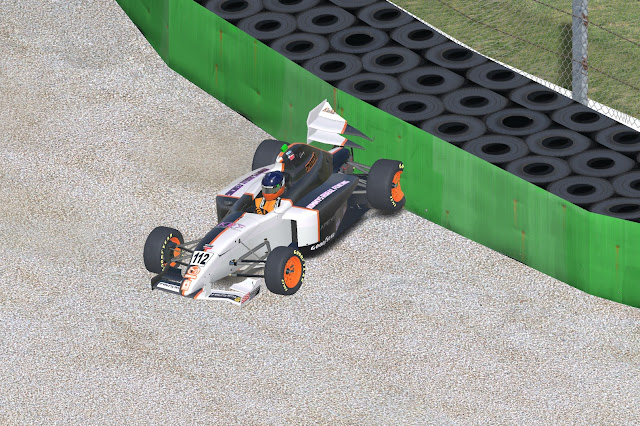 Gah. Now with huge damage front and rear I limped home the last 2 laps and finished in 10th.

A frustrating race for sure, but I'm happy that I showed decent pace and will hopefully find myself up the pointy end of the next 5 races in the season.